Based everything we know, we can pretty comfortably say that Mirage represents consciousness; the ephemeral ability to learn, imagine, remember, perceive, and be aware of one’s own self. Demiourgos is the only Sept-Terrion that had a personality, and it’s a personal headcanon of mine that the memory fragments that occur in higher-element areas in CS are the result of ‘mirage distortions’ like the in-battle effects in higher-element areas (and we know that they’re somewhat canon, since it’s said that they’re how Gilbert got to different planes in the 3rd)

In that case, the Mirage-associated drug Gnosis granting supernatural perception, knowledge, and ‘luck’ (probably just noticing trends that others don’t) makes a lot of sense.  But puzzlingly, even before demonization it also grants supernatural strength, durability, and agility. It’s fair to say that it’s a +1 to existence as a whole.

How could a drug that’s literally named ‘wisdom’ grant physical boosts? You could argue that it gives you knowledge on how to do those things; an idea of how the enemy is going to attack letting you dodge sooner, maybe some kind of pressure point magic letting your strikes hit harder…but just straight up running faster?

Ernest has a motion blur on him while he’s running from Arc en Ciel in Zero, and Dudley even comments on his speed. Proper form can only go so far.

The only way for knowledge to grant physical boosts like that is if said knowledge made you aware of your ‘true’ ability; think the whole cliched (and not correct) ‘we’re only using 1% of our brains’ statement. As ridiculous as it sounds for us, that’s actually implied to be what Gnosis does: in CS4, during his confrontation with the protags, McBurn says that Gnosis lets you ‘take off the shackles of the world’. There’s references to those shackles throughout the entire series, all in the context of limiting ability somehow, and also the fact that the most skilled and knowledgeable people (Divine Blades, Arianrhod, etc.) have supernatural ability without any assistance.

So we know that Mirage is the element of consciousness, and that acquiring wisdom increases even physical attributes beyond what would normally be possible. It can also be ‘active’, distorting consciousness like how Time and Space distort…well, time and space. Where does that leave us?

If we take Mirage’s status as a higher element to mean that it’s part of the foundation of the world, like Time and Space, that might mean that it has an axis – like a number line. Time’s axis is the past and future (-∞ meaning ‘distant past’, +∞ meaning ‘distant future’, 0 meaning ‘the present’), and for the purposes of this you can squish Space’s 3 axi into one and make -∞ ‘far away in one direction’, 0 ‘right next to you’, and +∞ ‘far away in another direction’.

Mirage’s axis would then look something like this: -∞ would be something completely non-sapient, like a rock. Inching a bit closer, -100 might be like a plant or something – aware of it’s surroundings to a certain degree, but unable to really act on them. -10 would be an animal, then, -1 an unintelligent human, 0 the average human, +1 an intelligent human, +10 a genius, +100 a superhumanly intelligent and aware being, and +∞…

Someone so utterly intelligent, so conscious, that they could perceive how every event in reality effects every other event, and change it all on a whim, if they had the tools and reach to do so.

Before I get too far ahead of myself, I have to clarify that I’m not saying anything about Aidios herself – no mobius double reacharounds of ‘Humanity/KeA becomes Aidios!’ or anything like that. We don’t know enough to conclude that one way or another, and honestly, it feels overdone or stereotypical to the point where I hope that it doesn’t happen. Either way, though, it’s all about execution.

Back on topic, KeA does still play an important role here. She’s the closest thing to a divine being that we’ve ever seen, and is the result of thousands of personalities and knowledge bases subsumed into one whole. Where have we heard that before?

Why, all the way back in Gnosticism! It’s been covered in other articles on here, so I won’t go too into detail (and I’m hardly an expert on it myself) but I feel comfortable enough in saying that according to it humanity is divine in nature – all stemming from one specific origin point, pebbles from above coming off of a singular boulder. It just takes a certain amount of wisdom (or gnosis, cough cough) to ‘remember’ that and ascend back to that whole.

Therefore, I believe that the fundamental metaplot of Kiseki involves humanity ascending into a collective divinity in some way.

That may sound like a good thing, but it’d inherently involve sacrificing your individuality and ascending to a higher plane, maybe even turning into a biblical angel down there in the lower realm of Zemuria. 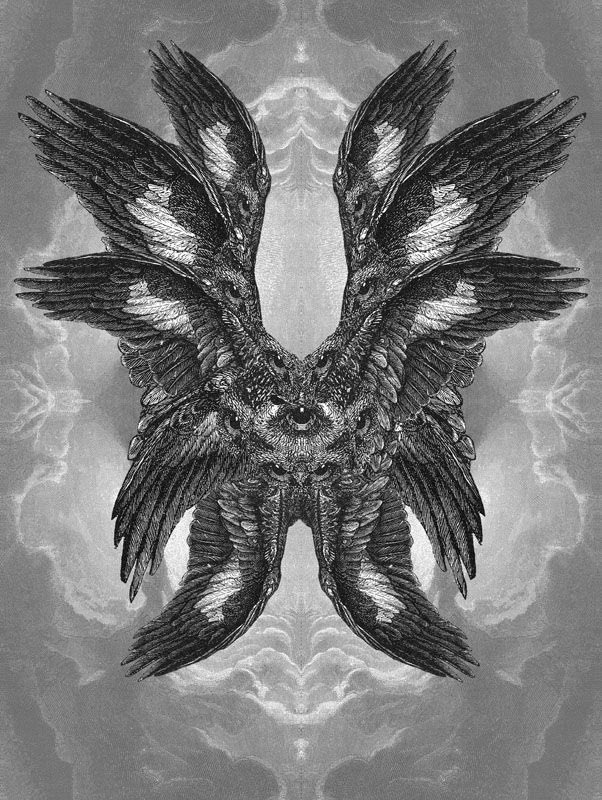 The average person could compare it to a monster, or even a demon!

So more than a few people would be against it on principle.

…but yet, it might be inevitable. After all, it’s what humanity is pushing for, however unintentionally. Parts of them have a complete understanding of the human mind and body, enough to create one from scratch, a functional-if-experimental brain-computer interface, and of course a project designed to allow humanity to communicate across vast distances that’s powerful enough to spontaneously create a godlike intelligence that could manipulate even the goddess-given treasures (Mirage is still a septium element and still means consciousness, btw).

There was also someone, a ‘former’ human, who held complete power over an entire realm, was able to project herself across vast distances, see far beyond physical sight, and modify the environment to a certain degree.

Her name was Celeste.

Despite her apparent humanity she repeatedly referred to herself as ‘just a shadow with a specific task’, shockingly familiar to another powerful being.

Finally, with everything that I’ve covered so far in mind, the ‘End of All’ takes on a very different meaning. You’d think that it’s just another term for the end of the world, but under the context of Gnosticism…it doesn’t just mean ‘destruction of everything’.

It means the End, of All.

The End of All.

After all, we’ve already seen humans gaining power by literally connecting together, albeit on a much smaller scale: