This theory proposes a possibility that the natures of the seven Anguis of Ouroboros were modelled after, or inspired by, the seven deadly sins.

Let us go through the Anguis we know the identity of first.

Lust (luxuria) is represented by Vita Clotilde, which has been evident since the first line she uttered in Trails in the Sky The 3rd‘s Star Door 14. She expresses her interest in Kevin before the Fifth questions if she really wants to start fishing for the next guy so soon after Loewe’s death. Her appearance in Trails of Cold Steel and its sequel only confirmed what we had already learnt from The 3rd.

Greed (avaritia) is represented by both George Weissmann and his successor, Mariabell Crois. It was ultimately Weissmann’s greed that caused him his downfall: his hunger for power led him first to the taboo of researching the Stigma to create his own army of superhumans, then to obtain and even fuse with one of the Sept-Terrion. Mariabell is doing a better job of keeping her greed in control, but that is perhaps what can be expected of a descendant of a family who went into banking solely to gain control over time and space. 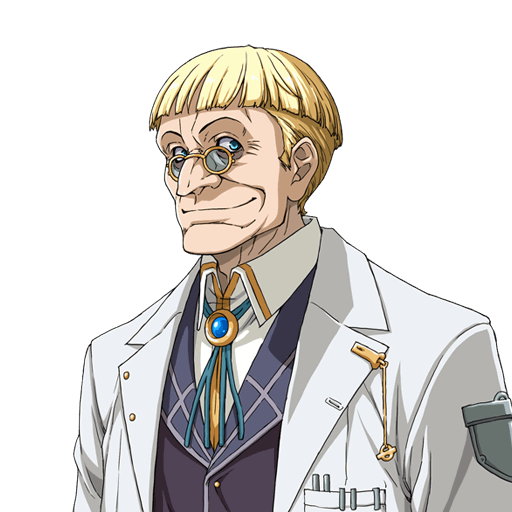 uttony (gula) is represented by F. Novartis. While we know relatively little about this mad scientist, it is fairly evident his intellectual curiosity isn’t one easily to be satisfied. He confiscated Pater-Mater from his worker Jörg and had it synchronise with Renne at a very young age, ignoring the risks it posed. Even after she ran away from Ouroboros, his primary concern was continue developing the Gordias-class archaisms of which Pater-Mater had been a prototype.

Pride (superbia) is represented by Arianrhod. Among the Anguis, Arianrhod displays her loyalty to the Grandmaster the most. When the Grandmaster apologised for the losses after the Gospel Plan, it was Arianrhod who comforted her that She should not blame herself. Arianrhod’s pride reverberates through her subordinates, as Duvalie made evidently clear throughout Trails of Cold Steel II.

With four confirmed identities, that leaves us with envy, sloth and wrath. Two of those, we can link to other prevalent theories.

Sloth (pigritia) is represented by the fourth Anguis. If the similarities in speech pattern and playful attitude weren’t enough for you, then attribution of sloth to the fourth Anguis should be convincing enough that this is, indeed, Lechter Arundel. It is hard to come by a description more accurate than sloth for his behaviour at Jenis Royal Academy and in Crossbell during Zero and Ao no Kiseki.

Wrath (ira) is represented by the fifth Anguis, of whom we’re still convinced it is no other than the eighth Dominion, Barkhorn. The alias of the fifth Anguis, 破戒 (hakai), can be understood as an offence against his or her own belief system. If the Grandmaster is indeed Aidios, then it would make sense for a Gralsritter to nourish a wrath for an institution that idolises the one he really serves.

With six sins discussed, that leaves us with Envy (invidia) for the first Anguis, the leader of the group.

While the match isn’t as evident as the aforementioned cases, it is possible that the theorised first Anguis, Dan Russell, has envy boiling within him. He himself is  (read: claims to have been) forced to end his career as an bracer and teaches the bo staff to Cassius, who then proceeds to become one of the few S-ranked bracers. His father-in-law, wife and even his 12-year-old daughter are talented scientists while he himself had to settle as a simple engineer.

No one would blame him for being a little envious, I suppose.